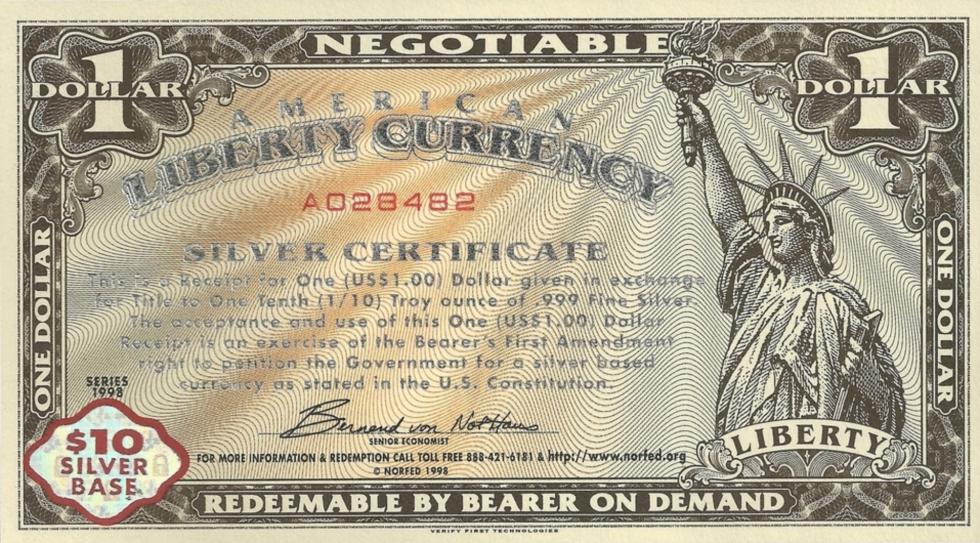 As Bitcoin surged in price the past week ($5,000 to $8,000 USD), it's important to highlight to enthusiasts and skeptics alike the importance of Bitcoin's censorship resistance qualities.

Cryptocurrencies are a new form of an old concept that we call money. However, they are not the first attempt of a non-government issued currency to compete with a state-issued currency. Skeptical of all fiat currencies that abandoned a gold and silver backing, I became increasingly excited about these alternatives cropping up in the '90s and '00s. One such organization, NORFED, became issuing a silver backed alternative called the American Liberty Dollar 1998. I spent years researching their mission and watching their progress from afar, mostly to confirm this was legitimate and not a scam. Once I was sure it was legitimate, I went all in and started to convert as much of my savings over to this new currency as a hedge against inflation. There were many other reasons as well. I wanted to have the means and ability to educate people that they didn't just have to accept the currency of a government and that we had the freedom to choose whatever we wanted.

Most cryptocurrency enthusiasts are keenly aware of Bitcoin's genesis block citing the financial crisis of 2007 2008. Many people saw a significant portion of their retirement savings wiped out during this period. This was more than enough motivation to search for a more secure way to store value. But while Bitcoin launched in early January 2009, few in this community are aware that the government raided the NORFED a few years earlier. I know because at that time I had the equivalent of more than $10,000 of my own money stored in their vaults at the time. All told, millions of dollars of assets were seized.

Now there was (fortunately) a happy ending to the raid. The government concluded that the users of the currency were not at fault and the silver coins and bars backing their money was returned to owners (like myself) in 2017 (a decade after the confiscation).

Could the same happen to Bitcoin? It's doubtful. Unlike silver stored in a singular vault operated by a single company (NORFED), one of Bitcoin's most exciting characteristics is that it's widely distributed and decentralized. There is also nothing (currently) illegal about ownership or participation in the network at this time. And unlike the total value of the currency in circulation by NORFED (10's of millions of USD at the time of the raid), Bitcoin has a market cap above 100 Billion USD.

Still, governments can try their best to slow things down or make it extremely difficult to use. They can choose to tax cryptocurrencies differently, making it harder to comply and more costly to use. They could pass additional regulations making it harder to convert into or out of the system. They could use propaganda, coercion, and a host of other tactics. Will such attempts succeed? Probably not. Still... a warning for those gloating about their newly valued $8,000 Bitcoins—don't think for a second that there won't be blips along the way. Those with a vested interest in keeping the US dollar won't go down without a fight. And even if they don’t (or in the case of Bitcoin, can’t) confiscate all the coins at a global level, it won’t stop them from stealing from a few individuals or groups along the way. In fact, it's happened before and it will happen again.