How Long Can You Hold Your Breath? 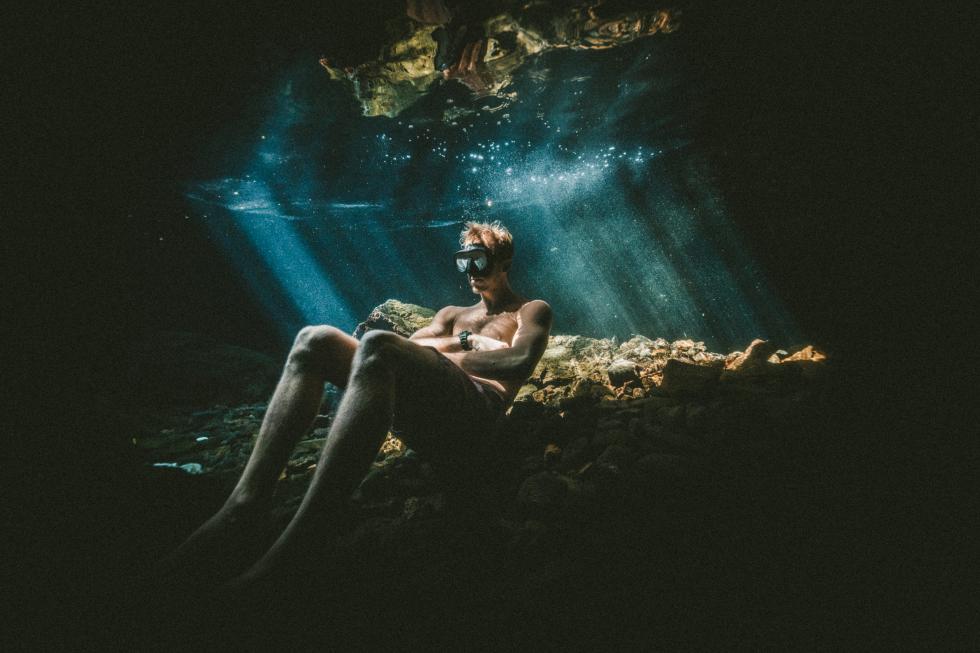 I competed in all kinds of things growing up. Some were normal (e.g., sports like soccer, basketball, track and field, and ultimate frisbee). Some were inane (e.g., eating contests like trying to eat 3 pounds of potatoes in a single sitting or drinking a gallon of whole milk in an hour). And some were merely elusive to me, notably when I would go swimming, and someone would challenge me to see how far I could go underwater in a single breath. I was terrible at these feats because I could barely hold my breath for more than 15-30 seconds, and for the longest time, I just attributed that an intrinsic limit that my body could not exceed due to factors like genetics and my body size.

Still, I was always impressed to hear stories like that of Houdini. How could someone survivor underwater for up to 3 minutes while trying to escape a straight jacket? While I had no desire to perform such a feat under that immense pressure, I wish I had that lung capacity in case I was ever in a situation where I had no choice but to hold my breath for as long as possible.

While I never tried to develop this skill on my own, I was intrigued to hear how a man by the name of Wim Hof had somehow trained his body to endure extreme cold and to hold his breath for minutes at a time. While part of me attributed this to some genetic characteristic, he purported to have a means to teach people this same skill. And when I viewed the VICE documentary, it claimed that someone could be trained to achieve 2+ minutes very quickly and easily. I was skeptical but very curious. Could I go from a measly 30 seconds to a full blown 3 minutes like that of Houdini? I didn’t know for sure, but I decided there was only one way to find out.

While the course is way more than just a breathing method, I was impressed that I was able to see an immediate improvement in the length of time I could comfortably hold my breath. Within the first day, I crossed a minute. A few more weeks of practice and I pushed to over 2 minutes and barely hit 2.5, but it was a bit of a struggle and felt more strained. After months of practice, I never was able to get completely in the zone mentally where 3 minutes felt possible. The goal eluded me once again.

This year I ended up changing jobs and making my wellbeing a priority. This included getting an appropriate amount of sleep in addition to focusing on mental and emotional aspects as well. So after a brief hiatus, I decided to return to the Wim Hof method as part of a daily morning routine to improve my physical vitality and mental focus.

The shift in priorities worked. Within three days of restarting, I was able to go deeper than I was before and today I hit the 3-minute mark. Now on the surface, that may not sound like a big deal. For me, it’s huge. It’s yet another indicator that if I want to achieve a goal and I’m willing to put the time and energy into it; I can do it.

Of course, now I’ve discovered that someone was able to hold their breath for 24 minutes! Yeah… I’m not that ambitious and will gladly accept 3 minutes as my personal best.

Photo by Jakob Owens at Unsplash.com