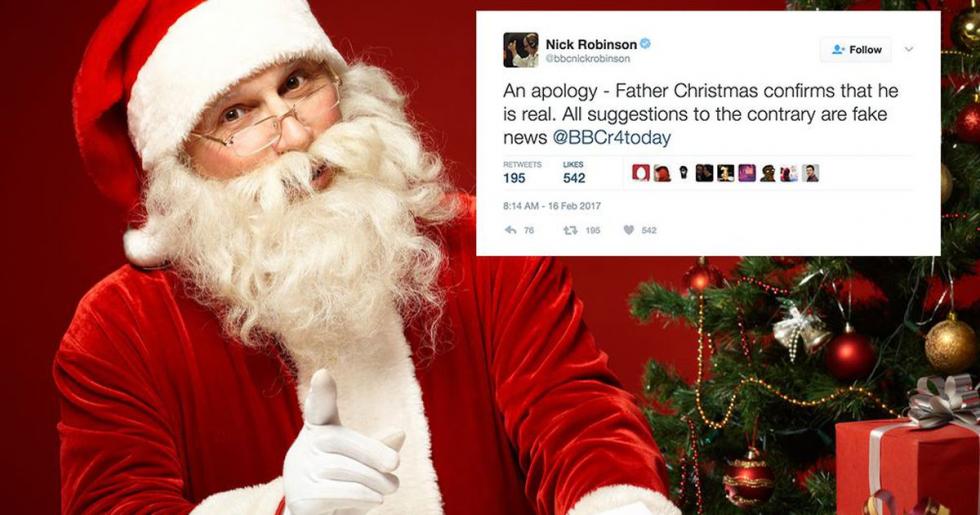 The following is an excerpted chapter from my book, Winning The Lottery Within, which is available on Amazon.com in print and kindle formats. If you would like to get a copy but money is tight, please sign up for my newsletter and I'll send you a digital copy at no charge.

Iconoclast: A person who attacks cherished beliefs, traditional institutions, etc., as being based on error or superstition.

I'm ashamed to admit it, but I was almost 10 years old before I learned that Santa Claus wasn't real.

Have you ever noticed that there are certain moments in life where your entire world view gets flipped upside down? Depending upon the intensity level of these situations and the meaning we attach to them, they can have a major impact on our mental and emotional states, which can be quite fragile during our childhood and adolescent years. In severe cases, it is not uncommon for our unconscious mind to do one of two things: either block the memory outright OR remember it vividly and replay it over and over again.

Now back to the story.

Learning that Santa Claus wasn't real was a big mind-fuck for me. It was, arguably, the first time in my life where something I accepted as an unquestionable fact was revealed to be a complete farce propagated by everyone around me: parents, teachers, and friends. It was like my own version of The Truman Show and despite being more than old enough to know better, I was the last person to get the joke.

For me, it was no joking matter. I felt like a fool, almost resentful that nobody had told me earlier. Thankfully, the way that Shelly (not her real name) surfaced it in Mrs. G's 5th-grade class allowed me to play it off in such a way that I didn't draw any ridicule from friends and classmates. Still, at that moment in my life, I was on shaky ground with my friends at the time, and that could have hurt my self-confidence had I become a butt of their jokes.

While we can all laugh at the obvious ruse known as Santa Claus, the fact is, society is full of memes, myths, and belief systems which no longer serve us. We live in an age where major breakthroughs in science, technology, psychology, culture, and society occur almost continuously. This is partly due to the increased connectivity and access to others of like and unlike minds, allowing knowledge to transmit almost instantaneously to other parts of the world. And yet once these breakthroughs occur, there is still a significant lag time before they are widely adopted. In certain countries and/or segments of society, these more useful paradigms may take years or even decades to take effect. And that assumes there is a willingness. In many instances, there are many who actively oppose change of any form, creating an ever-widening gap between truth and adoption of that truth.

It is this gap that drives me crazy, and why I've become an iconoclast. I've experienced dozens of these Santa Claus Moments where my life gets completely flipped upside down, usually as a result of previously undisclosed information or an obvious truth that was staring me in the face all along (and I couldn't see it, or was unwilling to). What frightens me the most is that I happened upon many of these details by chance, and I would probably still be living my life under an illusion had someone or something not provided me the key to unlocking a new reality.

My sole purpose of writing this book is to play a part in dismantling the memes and belief systems that do not serve us and which prevent us from living our lives to the fullest. It is the key I wish someone had given to me in middle school, so I could have made different life choices, discovered who I truly was, and made more conscious choices about the life I would ultimately lead.

Do you want to know something that keeps me up at night? Much of what I'm sharing isn't even new information! Most of what I'm sharing comes from teachings that are decades, centuries, and sometimes as old, if not older than, the Bible! Yet somehow these teachings got lost in the shuffle and didn't get transmitted to future generations. While the saying is trite, it's appropriate: those who fail history are doomed to repeat it. To me, that is unacceptable! Every person born on Earth should have the necessary tools and information to unlock their true potential rather than stay imprisoned by outdated belief systems and outdated information.

May this book be the key that eliminates much of the unnecessary and useless BS (belief systems) that prevent you from taking your life to the next level.

There's a lot of bullshit information out there and it is causing us to be misled, intentionally or accidentally, down a dead-end street. The key is to keep searching for more empowering world views and information, which can allow us to flourish. My hope is that this book is one of those keys.